The Charlotte, North Carolina native is a three-year All-Conference, All-State, NC All Star, and Charlotte Observer Super Team member. She was also was recognized as an NFHCA All-Region player and honored on the NFHCA All-Academic honor roll back to back years from 2015 to 2016.

“I’m happy to welcome Isabelle to our family,” said head coach Ange Bradley. “She has improved immensely and I am excited to see her compete for a starting position this fall. She is a smart, calm, composed competitor with vision and a love for the game. This passion to compete and embrace the challenge to be the best will take her far. I am excited to begin working with her.”

Sumichrast played for the Charlotte Ambush club field hockey team for the past five years in addition to being selected for the North Carolina All-Star team for NCISAA Schools at Charlotte Latin School for the past three years.

“As soon as I began working with Isabelle I knew she had the ability to compete at an elite level in college,” said Ambush coach Sarah Kromboiz. “Her field awareness, ability to understand space, endurance and pass first mentality are great assets. I am excited to see her in action at Syracuse.”

Sumichrast has big aspirations for her time at Syracuse, as she hopes to challenge herself academically in the renown S.I. Newhouse School of Public Communications while pushing herself athletically on the field.

“I chose Syracuse because I always wanted to go to school up North,” Sumichrast said. “Also, Coach Bradley is such a respected coach, and I believe she will push me to not only be the best field hockey player I can be, but also the best athlete I can be. Additionally, I want to try to maintain a [near perfect GPA] the entire time I am at Syracuse.”

Besides being the captain of the field hockey team, Sumichrast participated in many other extracurricular activities during her high school career, including Model United Nations, Girl Up Club, Mosaic (Diversity) Club, and Spirit Club. She hopes to further grow her leadership qualities while playing for the Orange.

“I want to leave behind a legacy that reminds people of the respect others have to me and the importance of working hard,” Sumichrast said. “It is important to me that my teammates trust me and can be trusted to do their job on and off the field. I want people to see me as a leader.”

Her high school coach agreed that the center midfielder will be able to spark team chemistry through her poise and communication on the field.

“Isabelle’s demeanor is quiet and unassuming, but her actions speak volumes about her character and who she is,” said high school Coach, Deb Savino. “She is a great teammate and competitor, setting an example through hard work, consistency and positive encouragement. Isabelle is a gift to treasure. She will keep on giving.”

The daughter of Marty and Cindy Sumichrast, Isabelle is confident in her ability to win a championship in an Orange uniform. She noted that playing on Coyne Field will help her to remember the history and legacy left by former players, and her to strive for that level of hard work.

While playing for Syracuse, Sumichrast said she hopes to emulate the success of Orange Alyssa Manley “because Alyssa Manley grew as a player like I think I will, and became one of the best Syracuse players, which I wants to be.”

Sumichrast is excited for the intensity that comes with ACC Competition.

Stay tuned to Cuse.com over the coming weeks to learn more about coach Bradley’s newest additions to the Syracuse hockey family. 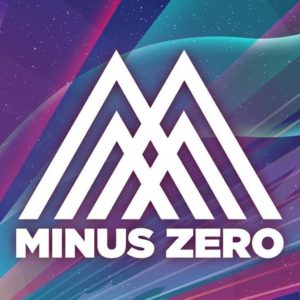 “We are thrilled to co-produce this dynamic and exciting Sports and Music Festival. Jason and Gary are gifted and inspiring. We want the sports and music worlds to know that every year, at Minus Zero, something wonderful is going to happen,” says Kathy Ireland, Chair and CEO of kathy ireland® Worldwide.

“Joining forces with kathy ireland® Worldwide and EE1 for the Minus Zero Festival is something my team and I are extremely excited about,” says Jason Nissen of Winter Music Festivals.  “Their ability to grow and expand brands is unparalleled.  Their marketing genius combined with their resources in the entertainment and music industry, are unmatched.  We are looking forward to growing our brand with kiWW® and EE1.”

“We look forward to co-producing this landmark sports and music festival,” says Stephen Roseberry, President and Chief Marketing Officer of kathy ireland® Worldwide and President of EE1.  “At EE1, our goal is to conceptualize and explore experience based projects that have demand and tremendous growth potential.  We were extremely impressed with this innovative festival and are looking forward to working with Jason, Gary and Winter Music Festivals, LLC in producing the 2nd Annual Minus Zero festival. Our responsibility is to keep Minus Zero cool, relevant and powerful.”

EE1 was launched in 2016 by Kathy Ireland, Nic Mendoza and Tommy Meharey, Vice Presidents of kathy ireland® Worldwide and EE1. Meharey co-produces sold out events in Hawaii and Asia and will join Ms. Ireland, Roseberry and Mendoza in the Minus Zero Winter Sports and Electronic Music Festival.  The company is a producer and marketer of multiple entertainment distribution platforms including live entertainment, publishing, music, film and television. EE1 is a subsidiary of Level Brands, based in Charlotte, North Carolina. Martin Sumichrast is CEO of Level Brands.

“Partnering with EE1 and kathy ireland® Worldwide gives us a unique opportunity to position Minus Zero Festival for growth and expansion,” says Gary Rosoff, Executive Vice President of National Events Company and Winter Music Festival.  “Both these companies’ reputation for developing and producing the best products, events and user experiences, both in the business world and in the entertainment world, will further strengthen our abilities to present a wider catalog of unique festival events.”

We’re pleased to announce the launch of its website as well as a company name change. Stone Street Partners LLC is located near the South Park Mall in Charlotte, NC.

To check out the new and user-friendly website and learn more about the services that Stone Street Partners LLC offers its clients, please visit http://www.sstreetllc.com/ at any time.

As Sumichrast noted, Stone Street Partners LLC is a Charlotte-based private equity and venture capital firm with expertise in a number of industries, including technology social media, technology life sciences, general manufacturing, commercial real estate and many others.

“As key financial partners, we closely work with management of our portfolio companies in helping them overcome significant business challenges while as a partnership we define and establish mutually realistic goals and milestones that can be measured,” Sumichrast said, adding that they are patient value-based investors who strive to offer their clients outstanding customer service.

“We are relationship driven and strongly committed to building and sustaining long-term relationships with our partners.”

Isabelle Sumichrast (Junior: Age 17) was recently featured on WBTV Charlotte News as one of 2015’s most outstanding High School Field Hockey players in North Carolina. Isabelle is a Field Hockey standout who recently was name to the All South Region team (which covers a 5 State area). She was 1 of only 3 players chosen from the entire State of North Carolina to receive this honor. In 2015, Isabelle was also named two year in a row to the North Carolina All State Team. Isabelle also maintains a very impressive 3.77 GPA average and is actively involved in the college recruitment process and remains undecided.

HOUSTON — The distance from the hardscrabble street where Jadeveon Clowney grew up and became an iconic high school football player to the Carolina Panthers’ stadium is just 27 miles.

Although traveling from Carolina Avenue in Clowney’s hometown of Rock Hill, S.C. to Bank of America Stadium in downtown Charlotte, N.C., is only a short drive, it’s been a challenging life journey for the Texans’ towering outside linebacker to reach this point as an NFL player who holds vast potential

Marty Sumichrast is a longtime family friend and mentor to Clowney. He first met him when Clowney was a sophomore in high school, describing him as a tall, scrawny kid still finding his way.

“JD got a nice house because he’d always wanted a house, but it’s not a huge home, it’s a nice, starter home, that’s all he needs,” Sumichrast said. “I think Clowney will be smart off the field as far as business acumen and understanding stuff for the rest of his life. He’s very street smart and he’s got a good feel for people. He has a tremendous future.”

“We are so impressed to see Kure have so much interest from potential franchise investors. Being approved in 36+ states paves the way for the company to really expand across the United States successfully. We continue to support this company to the fullest”. – Martin Sumichrast, Chairman, Level Brands Inc

Just three weeks after launching its franchising program, the upscale vaporium and lounge retailer has signed its first two agreements for 22 new locations in the Carolinas. The first franchise locations will be split evenly, with 11 locations scheduled each for South Carolinaand North Carolina. The first in each state are scheduled to open before the end of the year.

This comes after KURE will have opened six corporate owned lounges in the last nine months, with five in the Charlotte area and one located in Boca Raton, Florida.

CHARLOTTE, N.C., Aug. 11, 2015 /PRNewswire/ — KURE Franchise, LLC announces that its Franchise Disclosure Document (the “FDD”) has now been successfully filed in over 36 States, opening the opportunity for KURE to begin selling its KURE Vaporium & Lounge store franchises to prospective franchisees.

“We continue to be impressed at KURE’s sense of timing and execution.” Says Martin Sumichrast

CHARLOTTE, N.C., July 7, 2015 — KURE Corp. is pleased to announce that it has partnered with Best Buddies International, a nonprofit dedicated to creating opportunities for friendship, employment and leadership training for people with intellectual and developmental disabilities (IDD). Founded in 1989 by Anthony Kennedy Shriver, Best Buddies is an international philanthropic venture that has grown from one original chapter at Georgetown University to more than 1,900 middle school, high school, and college chapters worldwide. Best Buddies programs engage participants in each of the 50 United States, and over 50 countries around the world. With eight formal programs, the efforts of this organization continues to positively impact the lives of more than 900,000 individuals with and without IDD worldwide.

Benjamin will oversee global growth and positioning of the leading vaporium and lounge retailer and lead Kure’s aggressive franchise retail store expansion throughout the United States and internationally.

Benjamin’s hiring comes just weeks after Kure Corp. announced the completion of $4.7 million in capital financing from institutional and accredited investors to help fund Kure’s retail store expansion in the United States. The expansion will be accomplished primarily through franchising, and a campaign is planned to attract franchise candidates nationwide.

More exciting news for the future of one of our portfolio companies. Read full article here.